Why 75% of Insurers Are Adopting E-Signatures 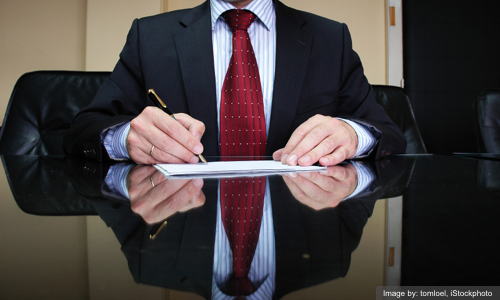 After 12 years, it’s finally happening. Life insurance companies are embracing e-signatures. It’s been a long time coming, but a few factors have helped spur the recent growth. Low interest rates are one of the biggest hurdles confronting the industry. Consumers are wary about discretionary spending, which, for many, includes life insurance. The pace and durability of the US economic recovery is uncertain, making it hard for insurers to expand business and improve profitability. Demographics are changing, as boomers are aging, a younger, more computer-savvy generation is coming along and the middle class is expanding but on the lower end. Complicating things even more, life insurance ownership is at an all-time low.


As a result, insurers are concentrating a lot of their investments in product development and sales and distribution technology to meet the challenges of the current market and the changing demands of the marketplace. Some of these investments include automating the front-end sales process to reduce the time and cost of obtaining new business. Insurers understand the need to reduce cycle time, improve process efficiency and meet the increasingly demanding attitudes of their agents and customers.

In a recent Celent report, “An E-Signature Update for US Insurers,” we re-examined the issues that insurers face as they move toward straight-through processing, enabled by process automation and punctuated by use of e-signatures. The report compared insurer responses to two surveys: one taken in 2007 and one in 2013.


In 2013, as compared to 2007, survey respondents were more optimistic in their assessment of the value that e-signatures might bring to insurance processes. Around 80% ranked improved process speed, the opportunity for improved process efficiency and improved agent service as extremely compelling potential benefits. Seventy percent saw great potential for benefits related to customer service.
E-signature adoption is common in many industries, including financial services. When we first looked at e-signatures in insurance 10 years ago, the life insurance industry was very hesitant to adopt e-signatures because it was so new. However, in 2013, with consumers and agents demanding that insurers move toward automated processes and insurers seeing the benefits of automation in other industries as well as their own, our results show that life insurers are no longer holding back on implementing e-signature. In 2007, 53% of life/annuity/health insurance respondents said their companies were not using any form of e-signatures in their dealings with customers or agents. In 2013, that number dropped to 25%.

The life insurance industry has a reputation as a slow mover when it comes to technology. Traditions die hard, particularly for life insurance product lines that have extended life cycles measured in decades. However, the industry faces serious competitive and cost pressures that demand action, and technology trends, such as service-oriented architecture (SOA), user-configurable tools specifically designed for insurers and mobile, are enabling and forcing fundamental business changes to a degree that was never seen before.

Celent research estimates that nearly a quarter of insurers believe that over 80% of their new business applications could be processed with virtually no human interaction. In another recent report, Celent found the average new business unit cost per issued policy for paper applications is $446, and the e-application rate is one half that. These estimates of potential automation could easily translate to millions of dollars saved each year and dramatic implications for the increased use of e-signatures. The e-signature eliminates the need to transition from an electronic process to a paper-based process every time a signature is required. In other words, it is an essential aspect of STP, not a nice addition to it.

Celent’s discussions with insurers and our recent survey suggest there is now a critical mass of e-signature users in life insurance, and impediments to adoption are becoming less of a concern. In the past, technology availability and cost presented barriers for insurers. Today, these challenges have diminished, as there are many low-cost, highly secure options on the market. Customer and agent concerns have become less of an issue because both increasingly are demanding electronic methods of doing business. Concerns over the safety and reliability of an e-signature-enabled process are lessened with good planning, solid execution and (perhaps most of all) generous attention to rollout and communication details. Change management is difficult and, therefore, critical to think through. Insurers must be prepared to address every possible objection to redesigned processes that include e-signatures. There are no shortcuts to this effort because virtually every e-signature process is slightly different, reflecting the variations in products, distribution channels and business models used by insurers.

We believe life insurers can streamline and automate life insurance purchases at the point of sale. Even though e-signatures are not for all customers or agents or products, they can deliver the benefits sought by many customers and agents. As mentioned earlier, agents and consumers expect electronic transactions in their interactions with businesses; those with whom it is easy to do business win the business.

Our conversations and survey results suggest that life insurers are aware of the value of e-signatures in solving business problems and are using them. Celent believes e-signatures have finally taken hold in life insurance. It may have taken 12 years, but it is happening. The economic realities of the market and the need to meet the demands of agents and consumers are forcing life insurers to behave like many other businesses that have adopted electronic business models. Adding e-signatures to this model is just common sense.

Direct Mail Proves to Be Resilient, But Change Is on the Horizon Next

Don’t Drown in a Sea of Data

Escaping the Pain of Migration