Ask anyone to define the document and the word "paperbCrLf will most likely be used. However, in today's digital age, a document may start its life as paper, then be scanned into an electronic format, modified or processed, collaborated on, added to other documents or reference materials, have data extracted from it and maybe even be printed out again. So just as the boundaries of the document is being redefined, the capture of its transactions refers not just to what is recorded in those accounting books but also to all supporting business processes.

Harvey Spencer Associates research shows that transaction document capture is the fastest growing segment of the four document capture markets tracked. 2007 showed an increase in the rate of growth of 44% (21% after allowing for currency fluctuations) over the growth rate for 2006 over 2005. We foresee continued growwth for this segment, particularly as the capture element feeds into transaction content management, although it will be impacted by global economic events.

Even though check volumes are continuing to decrease in the US, Check 21 has had a major impact on transaction document processing — and continues to produce changes. Check Clearing for the 21st Century Act, or Check 21, made an image of a check a legal substitute for its physical counterpart. This opened the way first for banks then corporations to speed up the deposit process. Banks have reduced costs by scanning checks at remote branches and forwarding the images, thus, eliminating or vastly reducing courier runs and increasing the cut-off time for same-day deposit. Remittance processing has always incorporated check scanning, but this is now being distributed, which passes the efficiencies onto the corporations who scan the checks. Now, there are even software programs that allow the image of a check to be captured using a cell phone camera and transmitted to the bank for processing — which opens this market to individuals and mobile applications. It changes the way banks do business with check scanners, replacing coffee machines as enticements to open new (mainly corporate) accounts, and the once nearly universal 3 PM cut-off for same-day deposits is no more.

There are currently two new frontiers in transaction document capture — the one that large corporations are pushing through at the moment and the one seen on the horizon as impacting the payments industry. Traditionally, transactions have been regarded as a single step. For example:

       The automated recording of incoming invoices in AP

Initially, the technologies were functional but crude. The scanning required a lot of manual document preparation — separating into batches of like documents, adding batch separators, smoothing, aligning, etc. Furthermore, invoice processing often involved just scanning the incoming invoice to save moving the paper. Where transactional data extraction was involved, it used templating of a supplier's invoice, i.e., mapping the invoice so that when it was scanned, the system would know where to look for the relevant data, such as invoice number, date, amount due, etc., that was required. But it really only worked when the user had a large number of invoices from a very limited number of suppliers.

Today, machines for remittance processing can now slit open the envelope, scan its contents and separate the remittance coupon and check. Correspondence and appended documents can also be identified and automatically outsorted as images. Over the years, the technologies have become more efficient and more refined — scanners can now cope with different paper weights as well as despeckle, deskew and enhance the image to offer consistent, easy-to-read images. Recognition technologies, such as OCR and ICR, use multiple recognition engines to greatly improve throughput rates and will pinpoint a suspect character for fast validation or correction.

The "breakthroughbCrLf in transaction document capture came with the advent of IDR — intelligent document recognition. These recognition engines are not looking for specific data points but at the document in its entirety to classify it and then routes the document appropriately in complex workflow systems. Data can now be extracted from these semi- and unstructured documents, whereas previously, it could only be extracted from rigidly structured documents where the data was always located in the same known place. This technology introduced the mail processing systems in which incoming mail is fed through opening/scanning machines, and these images, rather than the paper, are directed to the k correct recipient. In fact, systems can even identify a complaint letter and automatically prepare a proposed response for approval and issuance. Furthermore, the single-step applications, such as invoice processing, have given greater value by linking into the accounting systems. This allows many more steps in the whole business process to be automated, and so, a "transactionbCrLf was not the simple act of paying a bill but became the whole process of what is known as procure-to-pay management. However, these systems are not perfect. And it is still better for companies to template invoices from vendors with whom they deal frequently as this gives faster throughput. But corporations are achieving significant savings in both cost and time in processing tens of thousands of invoices a day.

One impact of the Internet, e-business and globalization is the speed at which events have to be known — which is edging ever closer to instantaneous. The faster data can be entered into the system, the quicker and more efficiently it can be acted upon. This emphasizes that documents need to be captured at the earliest opportunity — as soon as they enter the corporate domain. Moving paper documents around is time-consuming, expensive and increases risk, hence, the installation of mail systems, but it also means a greater emphasis on small, distributed scanners and mobile devices. The laptop, mobile scanners and wireless Internet connections are all contributing to this near-instant capture, but the device that is holding out a lot of hope is the cell phone, which is rapidly becoming a small, ubiquitous, multi-function computing device.

There are already a number of software programs available for the cell phone that allow the capture and extraction of data from paper. Now, cell phones in the market have enough resolution to capture and convert a full page of information — opening up many mobile applications for capture. In addition, cell phones   allow for voice annotations so that you can add additional information that may clinch the sale or improve customer services. Even billboards and some newspapers now feature 2D barcodes that cell phones can take a picture of in order to link into the advertiser's website, offering the ability to easily purchase the advertised product.

Even financial institutions and others are beginning to look at cell phones as a mechanism to tap the unbanked and under-banked market. In fact, more people have cell phones than have a bank account. Capitolizing on this fact, these companies are now offering the capabilities of remotely saving money into accounts, paying utility bills, buying insurance, sending money to friends and relatives, withdrawing cash at ATMs, getting access to credit and making investments — all through the cell phone.

These mobile advances give an  idea of why this market is so attractive. The caveat is that the reality does not yet add up to the pipe dreams — but this is always true with automation expansion.  Nonetheless, cell phones are everywhere. Do I hear opportunity ringing?

Lesley Hill [lesley.hill@hsassocs.com] is an associate with Harvey Spencer Associates, Inc., a firm based in New York that specializes in electronic information (image-based and electronic transaction) capture technologies. 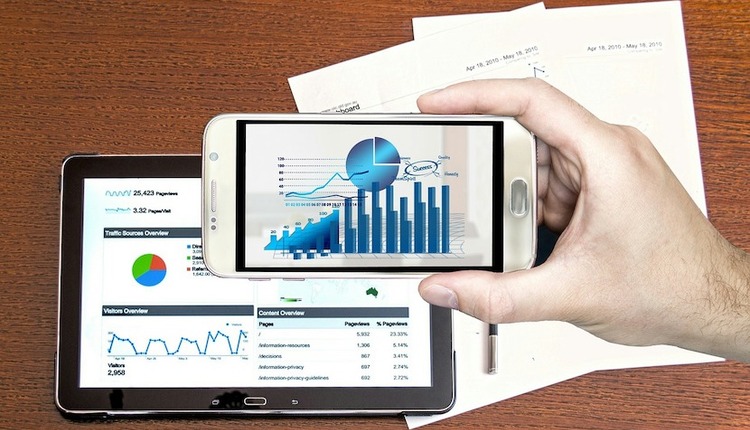 Who on Earth Is Using Paper-Based Faxing in the Enterprise? The Answer Might Surprise You