Reading the New Signal of Data

RFID, a technology first invented by the USSR for US surveillance at the beginning of the Cold War, is fast becoming the new technology of the late 2000s. RFID, otherwise known as "the Internet of things," is a method of automatically identifying objects and people that relies on storing and remotely retrieving data through the use of devices called RFID tags or transponders. Anyone who has used an E-ZPass to automatically pay tolls or a Speedpass to pay for gas at the pump has used an RFID chip to facilitate their transactions. In addition, RFID is being used increasingly with biometric technologies for security.

In 1946, a Russian named Léon Theremin invented an espionage device for the Soviet Union that retransmitted incident radio waves with auditory information. Sound waves vibrated a diaphragm that slightly altered the shape of the resonator, which in turn modulated the reflected radio frequency. Even though this device was a passive secret listening tool, not an ID tag, it is credited with having pioneered RFID technology. Going farther back in time, inventions such as the IFF transponder, invented in the United Kingdom, were used by the Allies in World War II to identify aircraft as friend or foe. Nowadays, it is not unusual to tag a pet or a child to keep track of them with an RFID chip or for RFID chips to be used in ski passes, parking tickets and tickets for athletic events like the Super Bowl.

The acronym RFID stands for radio-frequency identification. It refers to small electronic devices that consist of a small chip and an antenna. The chip typically is capable of carrying 2,000 bytes of data or less. An RFID device serves the same purpose as a barcode or a magnetic strip on the back of a credit card or ATM card in that it provides a unique identifier for the particular object. Just as a barcode or magnetic strip must be scanned to get information it contains, so must the RFID device.

An RFID tag can be applied to or incorporated into a product, animal or person for the purpose of identifying and tracking them. Unlike ubiquitous barcode technology, RFID does not require contact or line-of-sight for communication. RFID data can be read through the human body, clothing and non-metallic materials. Moreover, another advantage of RFID technology is that an RFID device does not need to be positioned in a precise way relative to the scanner. All of us are familiar with the difficulty of scanning and recognizing a barcode on a cereal box or grocery item; moreover, credit cards and ATM cards must be swiped through a special reader to fulfill their uses.

In contrast, RFID devices work within a few feet (up to 20 feet for high-frequency devices) of their respective scanner. For example, a customer could put all of their purchases in a bag, and then set the bag near the associated scanner. The RFID scanner could then query all of the RFID tags on the bagged items and instantaneously tally up all of the purchases.

RFID technology consists of two components: (1) an integrated circuit for storing and processing information, modulating and demodulating a (RF) signal and other specialized functions; and (2) an antenna for receiving and transmitting the signal. Chipless RFID enables discrete identification of tags without an integrated circuit, thereby allowing tags to be printed directly onto assets at a lower cost than traditional tags. There are three general varieties of RFID devices: passive, active or semi-passive (also known as battery-assisted). Passive tags require no internal power source, thus being purely inactive (they are only active when a reader is nearby to power them), while semi-passive and active tags require a power source, usually a small battery. Likewise, there are three different kinds of RFID tags based on their attachment to identified objects, i.e., attachable, implantable and insertion tags. Moreover, Eastman Kodak Company has filed two patent applications for monitoring ingestion of medicine based on a digestible RFID tag.

RFID tags come in a wide variety of shapes and sizes that may be encased in a variety of materials. Probably the RFID tags most familiar to us are the hard plastic, anti-theft tags attached to merchandise in stores. Credit card-shaped tags are used for applications regarding access to buildings and secure areas, while tags that are screw-shaped can be driven into trees or wooden items. Heavy-duty, 120x100x50 millimeter rectangular transponders are used to track shipping containers, heavy machinery, trucks and railroad cars. In contrast, RFID tags can take the form of miniature, rice-sized units that can be used to track animals when inserted beneath their skin.

Although RFID technology has been available for more than 50 years, it is only recently that the cost to manufacture RFID devices has fallen to the point where they can be used as a "throwaway" inventory or control device, such as tracking dry cleaning items or monitoring runners in the Boston Marathon. Alien Technology recently sold 500 million RFID tags to Gillette at a cost of about 10 cents per tag.

By far the most widespread application of RFID devices lies in the field of enterprise supply chain management, where the current goal is improving the efficiency of inventory tracking and control, particularly in "open loop" systems. Most existing RFID applications, however, comprise a closed process, where the tags are reused time and again within one organization or company. These include, for example, RFID systems in libraries for the loan of books or in the areas of asset and document management. Such systems are referred to as "closed loops." Pallets and containers with permanent RFID tags are also in use. Their data is updated continually as the pallets are reused, which allows more expensive tags to be used and still be economically sound. RFID tags can also be used for spare parts. Once installed in equipment, aircraft or vehicles, the tags can remain on the part and enable it to be identified at any time. Additional data could be stored in such tags and be queried at any time, for instance, data about installation, life cycle or maintenance cycles. Airbus and Boeing currently use RFID technology for aircraft parts.

In contrast, the retail industry usually operates open systems with labels on the packaging that are discarded at the end together with the RFID tags, in which case they are referred to as "open loops." When it comes to deploying RFID tags in the supply chain, the pioneers are Metro and Wal-Mart. Since January 2005, the 800-pound gorilla, Wal-Mart, has required its top 100 suppliers to apply RFID labels to all shipments. To meet this requirement, vendors use RFID printer/encoders to label cases and pallets coders that require product control tags for Wal-Mart. These smart labels are produced by embedding RFID inlays inside the label material and then printing barcode and other visible information on the surface of the label.

Their suppliers attach RFID tags to cartons and pallets, mostly with conventional barcode labels on the front so that both procedures can be used complementarily. "Track and trace" describes the process of tracking and locating products automatically within supply chains. This process requires RFID antennas and readers, for instance, at warehouse entrances and logistics hubs.

The antennas could, of course, be connected to mobile devices. Along these lines, Nokia is the first company to provide a cell phone with an RFID reader, which is handy for both consumers and retailers alike. In Japan, a consumer can pay for a Coke simply by pointing their cell phone at a soft drink machine and pressing a button on their cell phone.

continued in Part Two of this article>>

Document Metrics: It's in the Technology vs. Optimize before Automation Next
Reading the New Signal of Data, Part 2 Previous
More from FEATURES

DSF ’22 and the Customer Experience 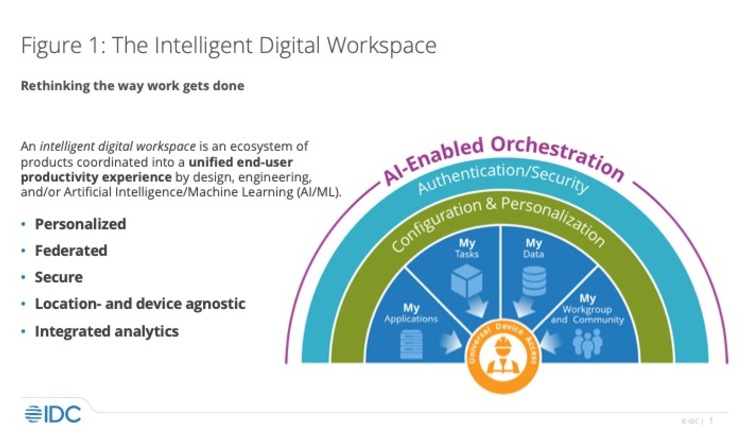