Why You Should Audit Your Document Management Licenses 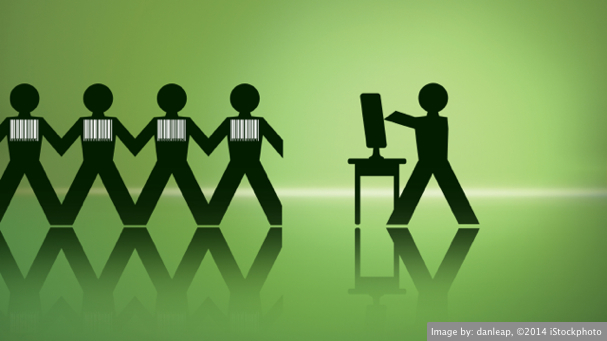 Recently, I have been involved in several strategic studies to determine if the software being used was still the right solution and, if not, what the options were. As part of this type of study, I look at the number of users and what they do, don’t do or don’t know about. In researching the number of users, I typically look at how many licensed seats the client is paying for versus how many actual users there are and what else the license includes.

In my most recent study, I found that the customer was paying for approximately 150 seat licenses and there were approximately 25 users, depending on how the vendor defined a user (which is another story). In another study I did, I found that of the 300 licenses being paid for, 37 people on the license list had left the company–some recently and some not so recently. And in a third study, the company was paying for approximately 500 licenses, and only 15 people were actually using the system.

"The company was not only paying for seats not being used but server licenses for servers not being used and things like OCR software licenses where no OCR was being done and workflow licenses in which no workflow was ever implemented."

For the two cases in which the client was paying for licenses not being used, the contract was signed by people who had left the company, and the new people were not aware of the disparity between the users and non-users. For the company paying for seats for people who left, the reason was poor reporting and poor business practices. In all cases, ownership of the contract and the system seems to be the primary problem.

For the company with 500 licenses and 15 users, the system was purchased through an IT initiative, and soon after, the IT director left. The system implementation was done by a system integrator with little oversight, and no one in IT was “on the team,” so there was little, if any, IT ownership and knowledge transfer. The system ran into cost overruns (duh!) and, before it was finished, the system integrator was dismissed. Also, at around the time that the IT director left, IT responsibility and reporting was transferred to a new department, who hired a new IT director.

And as you may have guessed, the “system” puttered along for several years before anyone took responsibility for it and wondered why the maintenance contract was so high–maintenance contracts are typically based on the number of licensed seats, which may also include server licenses and other “miscellaneous” costs. In this case, the company was not only paying for seats not being used but server licenses for servers not being used and things like optical character recognition (OCR) software licenses where no OCR was being done and workflow licenses in which no workflow was ever implemented.

In all three cases, the contract renewal was sent to purchasing, and they simply paid it without question. This is another mistake that many companies make–not verifying/reviewing the contract with a responsible party who has oversight for the system itself.

The end result is that a system may not have an “owner” due to changes within the company and invoices are paid without question. Also, since the original system was the vision of the original owner, who is no longer there, that vision may not have been realized, and the original contract no longer reflects the current situation. The original vision may have been for an enterprise-wide system with many application modules (scanning, OCR, workflow, reporting, knowledge management, etc.), and that vision was lost as the company and personnel changed.

Typically, when major internal company changes are made during a document management implementation, the system integration is stopped, leaving departments or applications not implemented, users not trained, user questions not answered and users basically left on their own. But because there may be miscommunications about who is in charge of the system, the system continues to operate even though it is has not been fully implemented. Meanwhile, invoices for a 500-user system with only 15 users are being paid.

MORE: If It's Not Broken, Break It: How to Get Users to Stop Avoiding the New Document Management System

Very few vendors, that I know of, will come back periodically and audit the system to see if it is being used properly or still needs work. So the opportunity to audit the success of the system falls back on the system owner or the users. The “owner” may not be present, and the original requirements, or plan, may be lost (“I think it is in the DM system someplace.” Since most users, in this type of scenario, have been burned, it is unlikely that users will voluntarily come forward and complain as it will cause them more work.

Even systems that seem to be working, and there are no complaints being raised, it is still possible that you are paying for licenses not being used, applications that were not implemented and users who have left the company. It may be time to audit your system by first reviewing the current contract against what is actually being done, ensuring that the system has an owner (whether they know it or not), talking to users to gauge their use of the system and, if needed, bringing in the vendor or the system integrator to help audit the current system against the original requirements.

In one case, we examined the contract with the vendor (original sales rep was long gone, and the new sales rep was helpful but didn’t know the basis for the original contract) and found there were several “products” that were in the contract, but they were obsolete, having been folded into the primary product several years ago. The new sales rep didn’t even know what the product was and had to research it with the product team. This alone was worth a $10K savings per year.

It is most likely worth your time to get out the contract and closely review it. Question every line item, and when you have done this, review the contract products with the departments that are using them. Is the accounting department still scanning documents and OCRing them? Because you may have moved more and more to electronic invoices, do you still need 25 managed user seats, or can that be reduced to 10? Are you still using the OCR and workflow products? Can you reduce the number of seats and the servers?

When you have finished reviewing the contract, call in your sales rep and go over the contract with her/him. You may be surprised to find obsolete products being invoiced for and new products that you could use.

The Age of the Customer Leaves Banks Ripe for Disruption Next

Labor and Risk Avoidance: How to Justify the ROI in Your Production Process Previous
More from FEATURES

Want a Great ECM System? The Work Is Never Done

What to Tell Your Document Management Consultant About Your IT Infrastructure

Why You Should Take an Agile Approach Toward Document Management

How to Understand Your Document Management Problem